Home
About Us
Products
News
Recruitment
Message
Contact Us 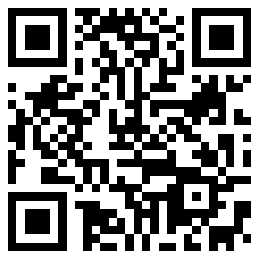 Medical Network December 20th The level of medical device manufacturing represents a certain level of industrial technology in a country. In the past November, domestic medical devices shined on the international stage, whether it was the first China International Import Expo held in Shanghai at the beginning of the month, or the North American Radiology Annual Conference (RSNA), which was held at the end of the month in Chicago, representing the current medical device frontier. The high-profile appearance of domestic large-scale high-end medical equipment such as PET-CT and PET-MR, which are technological trends, is exciting.

After nearly five years of double-digit high-speed growth, what are the characteristics of China's medical device industry structure? Recently, China Medical Device Industry Development Report 2018 (hereinafter referred to as the "Report") issued by China Medical Device Industry Association, From the aspects of policy and innovation, it is analyzed.

"Many companies are small in scale and cannot be industrialized on a large scale, resulting in high product costs and low profits, and further lead to homogenization competition." The relevant person in charge of the China Medical Device Industry Association said.

The medical device industry is characterized by diversification, rapid innovation, and cross-border difficulties. It is difficult for enterprises to form large-scale industries through their own strength. Therefore, M&A is one of the fastest and most effective ways to obtain economies of scale and scope. In addition, many medical device segments have small capacity and high professional barriers. Only by endogenous growth, companies cannot achieve rapid growth.

Accordingly, the "Report" predicts that medical device enterprises will accelerate the pace of mergers and acquisitions through various means such as industrial funds, listing financing, and introduction of foreign capital, continuously improve the level of organization of the industry, and realize large-scale and intensive management, which will be the industry in the next few years. An important trend in development.

According to the "Report", after years of development, despite the emergence of a number of representative enterprises such as Mindray Medical, Shanghai Lian Ying, Xinhua Medical, Yuyue Medical, Neusoft Group, Lepu Medical, Weigao Group, and MicroPort Medical, However, most of the production enterprises with annual sales exceeding 100 million yuan are joint ventures and foreign-funded enterprises. The Japanese medical device market has annual sales of 25 billion to 26 billion US dollars, of which only 60 are the main enterprises. Although more than 2,000 companies in China have obtained export certification, they are still dominated by small and medium-sized enterprises. In 2016, the market value of Lepu Medical exceeded RMB 50 billion. Compared with Johnson & Johnson and Medtronic, there is still a big gap.

The reporter learned that with the development of China's medical device industry, the country has formed some medical equipment industry clusters and manufacturing development zones, such as the Pearl River Delta, the Yangtze River Delta, and the Beijing-Tianjin-Hangzhou Bay, and has become the local three. Large medical equipment industry gathering area.

According to incomplete statistics, the sum of the total output value and sales of medical devices in the three regions accounted for more than 80% of the national total. Because of the different conditions, these three industrial clusters have shown obvious regional characteristics. In addition, the Chongqing-centered Chengdu-Chongqing area, which is centered on Wuhan, is also an emerging industrial cluster, featuring biomedical materials, implantable devices and tissue engineering.

On November 25th, at the RSNA held in Chicago, a series of products representing the cutting-edge technology of medical devices appeared in the competition. Among them, PET-MR, which was independently developed by Chinese companies, attracted more attention and attracted many professional audiences in the “friend circle”. "Share this grand event.

It is understood that since March 2014, the number of products that have entered the priority review every year has gradually increased. Up to now, more than 50 innovative products have been approved. In addition, with the advancement of the new medical reform, the hospital's income structure has changed, and the hospital's demand for medium and high-end domestic medical devices is gradually increasing. Various provinces (autonomous regions and municipalities) have also introduced policies and measures to support the development of domestic medical devices. For example, in 2016 and 2017, Sichuan, Zhejiang, Hubei, Guangdong, Anhui, Hebei, Fujian, Liaoning and other provinces have explicitly encouraged the use of domestic medical equipment. .

On November 28th, the official website of the State Food and Drug Administration issued the "Points and Judging Principles for Clinical Tests for Medical Devices", which attracted attention in the industry and everyone rushed to forward learning.